Leigh Morgan is a global leader whose mission is to lead, inspire, and build high-performing organizations that change the world for better. She is currently the chief strategy and operating officer at Nia Tero, a social enterprise startup where her accountabilities include strategy, innovative finance, governance, infrastructure & enterprise development, operations, and scaling rapid growth.

Known for her ability to lead, transform, and scale organizations in complex domestic and international environments, Morgan’s experience spans the biopharmaceutical, government, academia, and public sectors.  She previously served as the COO at the Bill & Melinda Gates Foundation, as associate chancellor at the University of California, San Francisco, and she held executive leadership positions at Roche, Genentech, and GlaxoSmithKline. Ms. Morgan also served in former NC Governor Jim Hunt’s administration where she helped establish the state’s AmeriCorps National Service program.  Her civic engagement includes the Board of Trustees at the Fred Hutch Cancer Research Center (Seattle) & Uganda Cancer Institute-Fred Hutch Cancer Centre (Kampala). She also serves as Advisory Board member at Duke University’s Center for the Advancement of Social Entrepreneurship which is a part of Fuqua Business School in Durham, NC.  In 2016 she was elected as a lifetime member of the Council on Foreign Relations.

Ms. Morgan received an Honorary Doctorate of Humane Letters from the Asian University for Women (Chittagong, Bangladesh) in recognition of her support of women around the world. She earned a MS in Organization Development from The American University and a degree in Religion at Duke University. While at Duke, she was the starting point guard for the women’s basketball team.

Back to Springboard Team 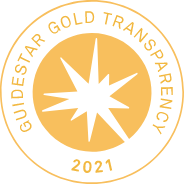